On the 31st of November 2019 the gigantic, ancient-ass full tower PC known as "jordan-TOWER-M68MT" rattled its way to its final resting place at the Kirklees Household Waste Recycling Centre. Ten long years of service ultimately counted for nothing as this stalwart ally was deposed in favour of a young pretender.

The Prophet Flair once said "To be the man you've got to beat the man, woo." But what happens when The Man is already dead in a skip? Well then we need to build something better than a man, faster than a man, smaller than a man.

We need to build THE BOY.

It's been a rough couple of forever for AMD. Pounded relentlessly by Intel lawsuits, beaten out of fat contracts with Apple, losing the battle in multi-core desktop processing; by 2007 it seemed like Intel had comprehensively won the CPU arms race. As a staunch supporter of AMD's kind-of-shitty but very cheap CPUs, the prospect of the company being relegated to making chips for game consoles forever was bleak.

The problem is Intel have this bad habit of acting like massive dickheads and, as a de facto monopoly, were content to spend the next few years slicing up the market into smaller and more expensive pieces. As AMD stumbled from one disappointing design to the next it was clear something radical was required to change the company's fate. Intel's neglect provided an opening. 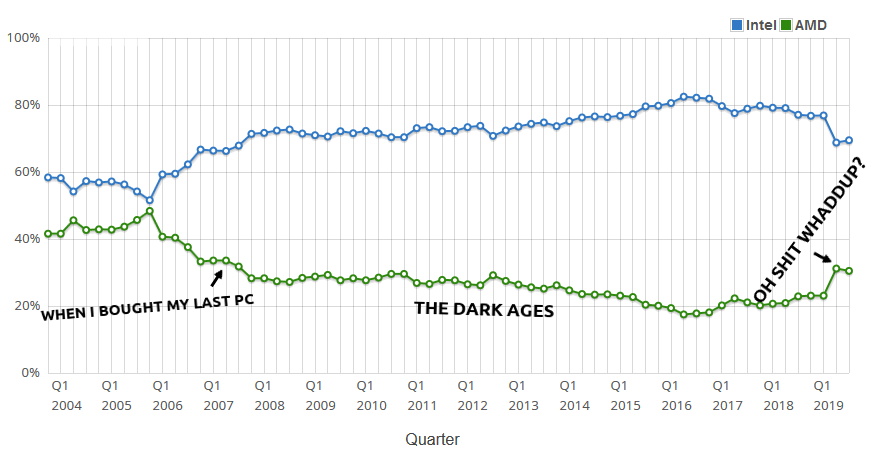 In 2017 AMD announced its new line of CPUs - Ryzen, based on a completely new architecture. By actually trying to make a good CPU, suddenly AMD were putting out chips that were smaller, more efficient and far more powerful at every price point. Inside of two years AMD's market share has almost doubled to 30%. Ryzen CPUs account for 80% of all desktop CPUs sold this year! AMD ARE BACK, BAY-BEE!

More importantly for the budget builder, after a decade of inflation, the arse fell out of the CPU market. By accidentally skilfully anticipating this price drop, I've been able to pick up a formidable almost-new processor for a song!

Finding the right motherboard is the most important choice you make when building a PC. It's the part you change the least over the life of a computer and it's the single point of failure for every component you put in your system. Even if you're on a budget it's worth spending a bit more to get a decent model. 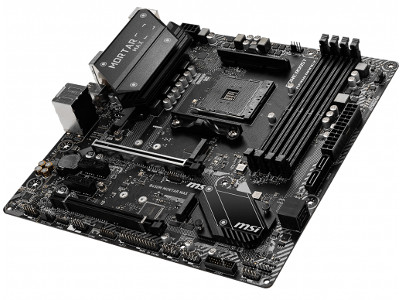 The MSI B450M Mortar MAX is the entry level Micro-ATX motherboard in MSI's embarrassingly artillery-themed "Arsenal Gaming" range. It features what MSI claims is a "Military style heatsink" and "PCI STEEL ARMOR" and forms part of a series alongside the BAZOOKA and TOMAHAWK. "Arsenal Gaming", aye? Arsehole Gaming.

Nevertheless, this particular model is well-regarded by PC builders as having an unusually high quality voltage regulator and a detailed BIOS that'll be forward compatible with later generations of Ryzen CPU. The extra slots for RAM and M2 SSDs leave plenty of room for upgrades I won't buy.

It is a little on the expensive side at the moment, though. Maybe I'll wait until the Black Friday sales start to see if...

Fine! I guess I'll order it from this weird German wholesaler then.

The price is OK and it's free delivery! How long could it possibly take to arrive?

So having spent two damn weeks carefully shopping for bargain components it was only fitting that I take extra care in finding the perfect case for my new Boy. The case would have to be compact but with enough space to route my cables through, next-gen USB ports would be a key feature and sound damping would be absolutely necess... 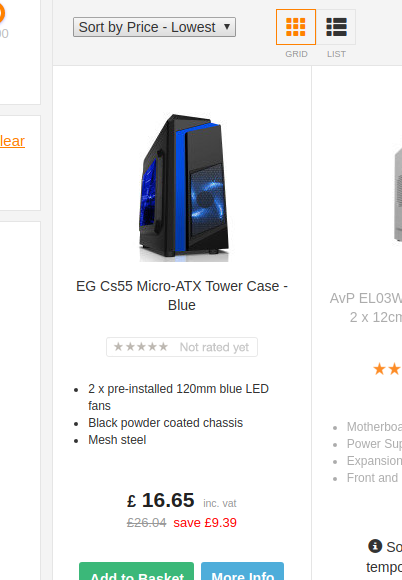 I bought the cheapest one. It's blue.

You might notice my metal child has neither eyes (graphics card) nor a soul (hard drives) and that's because the ones in the old computer are still good. Just like how when your father dies his still-good blood will be pumped into your veins so you can gain his wisdom, a little bit of The Tower lives on in The Boy.

It's at this point that I'm realising I should have named my new computer The Star, after the major arcanum that follows The Tower. Oh well, too late now! On with the build. 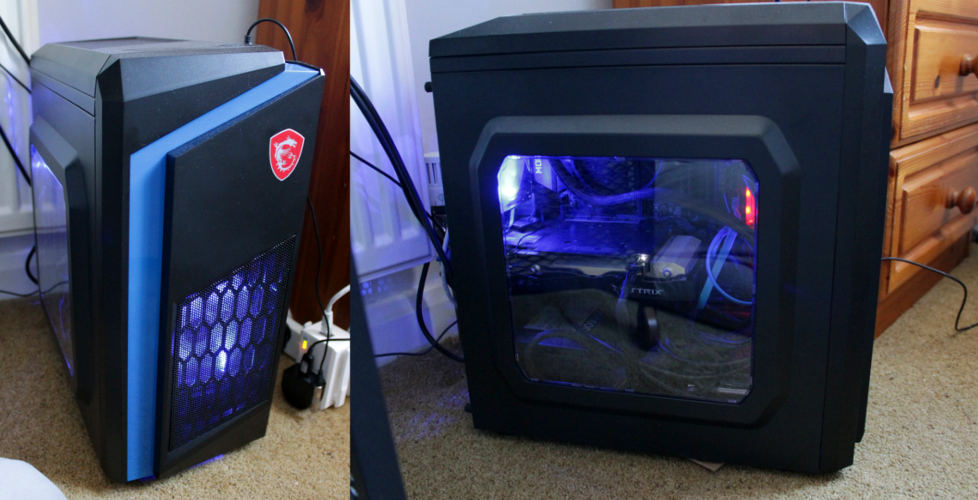 And there he is! My sweet, gentle The Boy. Please pay special attention to the cool-guy sticker that came with the motherboard and the distressing red light that nearly caused me to shit myself the first time I booted up the computer.

I didn't take photos of me building the thing, y'all know how to build a PC; but I'll say this: it's definitely become easier to build a PC in the decade since I last built one. Every component comes with nice chunky heat sinks to hold them by, easy to follow IKEA-style guides and tons of extra screws and brackets. It was only a mildly horribly stressful experience!

Usually I end these little digressions with a conclusion or a joke but like... I built a PC. It exists. That's it. Fuck off.